Reducing stress and anxiety through the power of soothing images 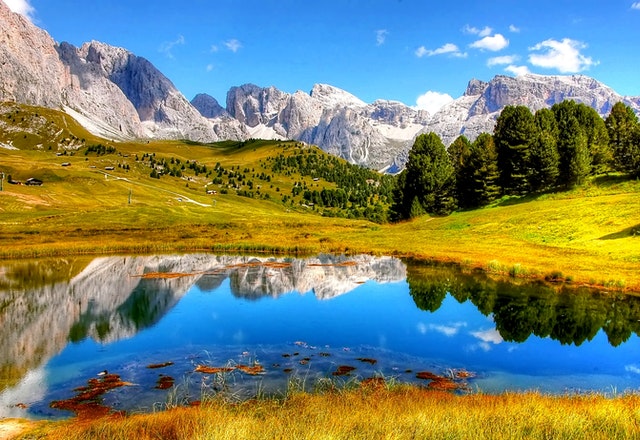 Reducing stress and anxiety through the power of soothing images

The benefits of spending time in nature have been well documented. Interacting with natural environments (i.e. parks, forests and beaches) is associated with better health and wellbeing – from reducing the possibilities of heart disease and diabetes to mental distress like stress, depression and anxiety1. When it’s not possible to talk a stroll in a garden, we can still, thankfully, receive some of these benefits by just looking at images of nature. Recently, there has been an increased use of photographs and digital media of nature to reduce stress and our aim is to bring this technique to carers.

According to the 2019 annual report by Alzheimer’s Association, 60% of carers looking after someone with dementia reported experiencing high levels of stress, with about 40% occurrence of depression. We have developed a new feature called “Project Soothe” on the CogniCare app in collaboration with the University of Edinburgh. Before going into the details of Project Soothe, let’s look at the evidence behind the claim of viewing images of nature and improved health and wellbeing.

A study conducted by Vrije University Medical Centre in the Netherlands had 46 students look at scenic images while using EKGs (electrocardiogram – a test that measures your heart’s electrical activity). The EKGs indicated that when the students viewed the images, their stress levels decreased. Moreover, the students who looked at those images prior to being exposed to a stressful situation had a faster recovery, and were able to handle the stress better2.  Research has shown that viewing images of nature for just 40 seconds is enough time to start triggering the brain into a more relaxed state3. There are several other studies that have shown the connection between viewing greenery and nature images and better mental health, memory and attention, hospitalisation recovery, and pain tolerance.

Now that we have established that viewing scenic images has a plethora of benefits, let’s look at why. There are a few theories to explain such benefits:

The answer to the question why, probably lies in the combination of the above theories.

Dr Stella Chan, a clinical psychologist and the founder of Project Soothe, started her work on this initiative in 2015 with an idea of creating a bank of images to help people self-soothe and bring about a sense of self-compassion. Her research findings confirmed her hypothesis that soothing images cultivate a sense of self soothe and compassion; notably, viewing 25 soothing images is sufficient to bring about positive mood change4,5.

Compared with other techniques (e.g. meditation, mindfulness, diary keeping, games, and mind mapping), viewing soothing images is less effortful (less cognitively demanding, less time consuming and requiring no prior experience / training). Therefore, in addition to being evidence based, Project Soothe was particularly suited for exhausted carers to use after a long day, helping them feel calm. She has also seen that images of nature are soothing to most people, and in a time where we are under lockdown, this soothing activity can help.

Families, regardless of their culture, language, or cognitive ability can benefit from the images as they are universal. This initiative has collected around 800 images from 30 different countries. Their use of the Citizen Science model has engaged with thousands of people. All these suggest that Project Soothe has high public appeal and can be used by people from diverse backgrounds. For Stella, her next step was to make this project more accessible and further study how this makes people feel. That’s where CogniCare came in.

We have collaboratively created a new ‘soothing’ feature within CogniCare, based on their research and public engagement programme “Project Soothe” (www.projectsoothe.com). We have had an overwhelmingly positive response since its release. Users of CogniCare have access to a collection of soothing images such as beaches, animals, greenery, sunsets, rivers and many more. This is an activity that can be done by yourself or with a loved one. We already see it enhancing people’s mood and emotional wellbeing.

This collaborative project has been between CogniHealth and University of Edinburgh initiatives, Project Soothe and Advanced Care Research Centre. It was funded by the Data-Driven Innovation’s Programme (DDI) as part of its open call for COVID response projects to help regional recovery.