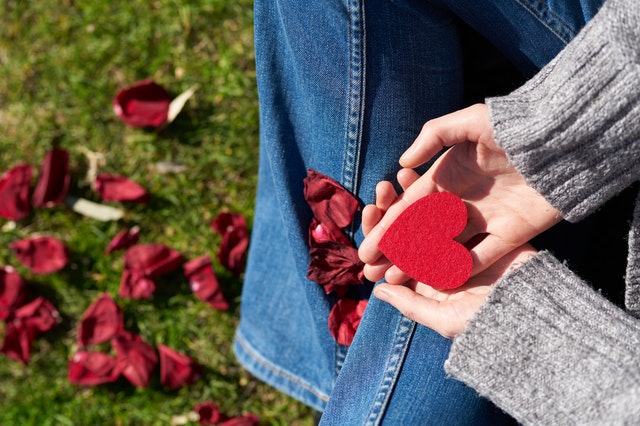 You may be wondering the reasons behind why some people experience dementia.  Well, there are a number of risks associated with the onset of dementia.  In this article, we consider what we can and can’t do to reduce our own risk of getting dementia.

In Alzheimer’s Disease (AD), for example, changes can occur in the brain years before symptoms arise. We know this as current research into this preclinical Alzheimer’s stage has shown amyloid plaque build-up in healthy individuals displaying no AD symptoms.  Some of these people will go on to develop symptoms of dementia while others won’t. Scientists believe this is due to what is referred to as increased “brain reserve,” where it is thought that greater brain density or the presence of a larger number of healthy neurons help to aid ongoing function. As you continue to read this blog, you will find a list of factors that you can control and modify to improve your brain reserve and try to keep dementia at bay.

In terms of age, this means that our risk of dementia increases the older we get.  Alzheimer’s disease is not a normal part of ageing, and older age alone is not sufficient to cause Alzheimer’s disease. However, age remains the single most significant risk factor for developing dementia.  This is clear if we consider the percentage of people with Alzheimer’s disease in each age group in the UK:

Genes are the blueprints of our bodies. Changes in genes can lead to a variety of conditions.  In rare cases – less than 1% – certain forms of Alzheimer’s disease can be passed down through families.  This is caused by faulty mutations in three particular genes – APP, PSEN1, and PSEN2.  Unfortunately, this type of inherited form of familial Alzheimer’s disease is aggressive, with early onset of the condition, typically before the age of 60.

Other individual gene variations exist, which all provide a slight increase in risk. However, when there is an accumulation of a number of these gene variations, problems begin to arise.  So if someone has a parent affected by Alzheimer’s disease, then statistically, we can say they have a higher risk.  The ApoE4 version of the APOE gene is present in around 15-20% of the population, and scientists have identified this as the largest single genetic risk factor for developing Alzheimer’s disease.  Those who inherit one copy of ApoE4 have approximately three times the risk of developing Alzheimer’s disease, while those who inherit two copies have an 8 to 12- fold risk. It should be noted that not everyone with this gene will develop Alzheimer’s Disease, and not everyone with Alzheimer’s has this gene. More on the ApoE4 gene can be found in our article “Genetics and Dementia Risk: ApoE4”.

In addition to these fixed risk factors of age and genetics, there are other risk factors that are referred to as modifiable. In other words, they can be modified or even eliminated by changes we make to our lifestyle.

A recent report published in The Lancet identifies 12 modifiable risk factors.  Twenty-eight leading experts concluded that while 60% of all dementia cases are thought to be the result of genetics and as yet unknown causes, 12 factors could potentially lead to the prevention of 40% of total cases of dementia. All of these factors are modifiable, meaning many people can significantly reduce their risk of dementia through certain  lifestyle choices such as diet, exercise, and the level and duration of stress.

The 12 modifiable risk factors identified in the Lancet are:

What the Experts Say

In the Lancet report on Dementia, Professor Jennifer Rusted, Professor of Experimental Psychology at the University of Sussex, highlighted that although we should account for the genetic element of dementia that some of us carry in our DNA, she states that in staving off dementia, simple, every-day practical steps in reducing our risk by keeping physically and mentally active in old age is achievable.

Professor Bart De Strooper, Director of the UK Dementia Research Institute, added that lifestyle choices are a significant risk for Alzheimer’s disease, as is genetic predisposition.

Professor Lon Schneider, the study co-author, said that it is never too early or too late to take action and similar the other authors, he provides the following recommendations for people to decreased their dementia risk:

This new report is in line with other studies that show us that a Mediterranean diet has a positive impact on helping to prevent the onset of symptoms. We know that monitoring stress prevents the build-up of oxidative stress in the body, a critical factor in the pathology of various types of dementia. Numerous studies have also shown that physical exercise can significantly reduce the risk of dementia by 30%.

Professor Craig Ritchie, Centre for Dementia Prevention, advises the importance of looking after our brain health throughout our lives.  He describes the brain as being much like a high-powered sports car that rapidly consumes a huge amount of petrol. Similarly, our brain needs a constant and healthy supply of blood to the brain in order for it to perform at its best.  Any disruption to that blood supply can be detrimental to brain functioning and leave our brains vulnerable to any further disease.  By continually challenging our brain through learning new skills and remaining socially active will help build up what Professor Ritchie refers to as “cognitive reserve”.  Through healthy life choices throughout our life cycle, we can facilitate the build-up of improved brain connections which will provide us with an increased ability to adapt and fight off brain disease.  In other words, lifestyle choices from a young age will help us to build up increased resilience to disease in later life.

On wrapping up our article on risk factors, we leave the final words from one of the co-authors of the Lancet report, Professor Lon Schneider:

“We are learning that tactics to avoid dementia begin early and continue throughout life, so it is never too early or too late to take action.”

You can also find additional information that may help achieve some of these goals in our articles on stress,  keeping socially active, the importance of Vitamin D, air pollution, looking after our heart.

« Case Study: Receiving a Diagnosis of Dementia About Alzheimer’s Disease »