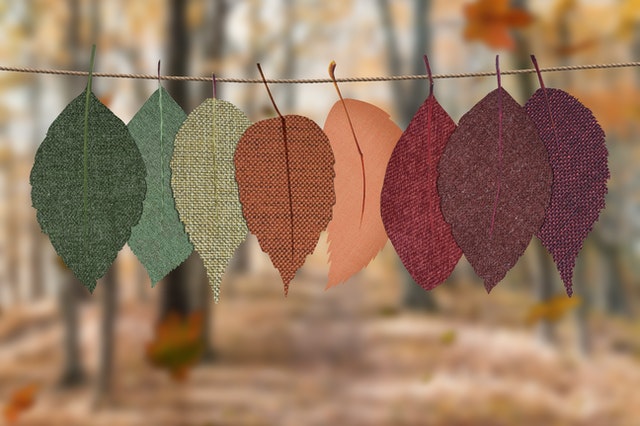 Usually, people associate memory loss and confusion as early signs of dementia, but today we shine a light on changes in personality, behaviour and language which can also be early signs of dementia. You might observe a family member showing less empathy and social awareness, or taking more time to find the right words to share their thoughts with you. We understand that this can be a frightening time for everyone at home, and we hope we can help by providing some insight into another type of dementia called frontotemporal dementia (FTD).

Typically, this type of dementia affects people in the age bracket of 45-65 years old, although it can begin at an earlier age. In this article we look to provide a holistic introduction to FTD:

What is Frontotemporal dementia?

Frontotemporal dementia (FTD) refers to a group of diseases that affect the frontal lobes (located at the front of the brain, above the eyes), and the temporal lobes (located being the ears).  This group of diseases is known as Frontotemporal lobar degeneration (FTLD). Frontotemporal dementia was initially called Pick’s disease, after Arnold Pick, who first described it as relating to a patient with specific symptoms affecting personality, behaviour, language and movement.

Frontotemporal dementia is caused by damage to the frontal and temporal lobes in the brain.  This damage is caused by the build-up of proteins called tau, TDP-43, and FUS.  Each of the proteins involved plays an important role in the structure and functioning of healthy brain cells. However, in frontotemporal dementia, abnormal accumulations of these proteins develop. Over time, this results in the degeneration and eventual death of neurons (brain cells) in these parts of the brain, which control personality, behaviour, emotions, speech, language and in the later stages, physical movement.

What are the symptoms?

Symptoms of frontotemporal dementia usually start gradually and build over time. Changes in behaviour or language appear as the first symptoms and, as time progresses, may include physical problems and difficulties with mental ability.

Changes in personality and behaviour

Many people with frontotemporal dementia start to develop changes in their behaviour.    These can include acting out of character, such as being rude or insensitive, loss of inhibition, lack of empathy, appearing stand-offish, doing the same act repetitively (such as hand-rubbing or foot-tapping); increased alcohol intake, or smoking. Other symptoms can include obsessive compulsive behaviour such as hoarding. As the condition progresses, people with the disease may become withdrawn, spending more and more time on their own. Most of the time, the person can be unaware of these changes.

Some people with frontotemporal dementia may experience problems such as misusing words (such as calling a potato an apple); forgetting the meaning of commonly used words; difficulty forming words; saying phrases in the wrong order. Over time, some people may lose the ability to speak.

As the condition progresses, some people with frontotemporal dementia may begin to develop problems with cognitive ability. For example, they can lose conceptual knowledge of the world around them, affecting their ability to understand everyday items and visual or sensory stimuli. They may also become rigid and inflexible in their thinking, develop difficulties in planning and organisation, forget familiar people or objects.

In the later stages, some people with frontotemporal dementia develop physical problems such as slow and stiff movements, difficulties swallowing, and loss of bladder and bowel.

Oftentimes, when there are changes to a person’s personality and behaviour, family members can find this confusing and upsetting.  Unlike Alzheimer’s disease where early memory loss can act as a red flag that something is not quite right, a recent study into the pre-diagnostic period of people affected by FTD, discusses family caregivers who  experience confusion in pinpointing exactly what was wrong. The participants in the study refer to the “subtle” changes in personality and character in their loved ones that they were left baffled to explain.

Here we share Urvashi’s heartfelt story about her husband. She found herself in this puzzling position, until her husband was diagnosed with frontotemporal dementia at which point she felt a sense of relief as she was finally able to make sense of her husband’s “out of character” actions and change in personality.

What are the different types of Frontotemporal dementia?

The most common types of Frontotemporal disorders are:

• Behavioural variant frontotemporal dementia, where the front of the brain (frontal lobes) is damaged and results in changes in personality, behaviour, emotions, problem-solving, and judgement.

• Primary progressive aphasia occurs when there is damage to the temporal lobes of the brain and is characterised by changes in language such as speaking, reading, and writing. In addition, the right temporal lobe is also involved in recognising familiar faces and objects.

A less common type of frontotemporal dementia is:

Who is at risk for Frontotemporal dementia?

Therefore, in many cases of frontotemporal dementia, there is an inherited form of the disease, known as “familial”, whereby a gene mutation is passed down from one generation to another. When we talk about gene mutation, we mean a change in the DNA sequence that results in the cell being rendered unable to translate and follow instructions correctly.

Other cases of frontotemporal dementia are known as sporadic, which means there is no ‘known’ family history of the disease, although in many cases, family history may be unknown due to loss of family members, early death, or adoption.

There are three primary genes involved:

You can also find out more general information about the genetics of frontotemporal dementia here.

The risk of developing frontotemporal dementia, like other types of dementia, can be  reduced by choosing to live a healthy life such as eating a healthy diet, keeping ourselves mentally and physically active, refraining from excess alcohol and smoking.  In a recent study, improved lifestyle choices have also been shown to slow down the progression of hereditary form of frontotemporal dementia.

How is Frontotemporal dementia diagnosed?

Frontotemporal dementia is the most common form of dementia for people under 50.  Therefore, as dementia is typically associated with older people, it can often remain undiagnosed.  According to Alzheimer Research UK, on average, people with FTD can wait up to 5 years for a diagnosis with reports suggesting that approximately three quarters initially receive a misdiagnosis.

If you suspect that you or a family member may be displaying symptoms of frontotemporal dementia, it is important to go along for an assessment.  This will be carried out by a practitioner such as a neurologist, psychiatrist, or practitioner specialising in this form of dementia.

Typically, an assessment will include:

Genetic testing may be performed to detect changes in the genes known to cause the hereditary form of frontotemporal dementia. A DNA sample is typically examined by taking blood or saliva. Not every individual with a family history of disease will have a detectable mutation.  However, once a disease-causing gene mutation has been found in an individual affected by FTD, this information can be used to provide genetic testing services to other individuals in the family.

Read more about these assessments/tests in our articles Dementia Diagnostic Criteria and What to expect when being diagnosed.

What treatment is available?

There is currently no cure or treatment that will slow the progression of the disease.  However, there are some medications that may help alleviate the symptoms.  Medications such as antidepressants (SSRIs) may help control specific symptoms such as compulsive behaviour and loss of inhibitions.  Antipsychotic medication may be required if symptoms are severe or may lead to putting the person or others at risk of harm. Medication used for other types of dementia, such as Alzheimer’s disease, is not recommended for frontotemporal dementia.

« About Vascular Dementia About Dementia with Lewy Bodies »